Last month I posted on LinkedIn my top 10 leadership behaviours using the info-graphic below and followed it up with a short video .  The first posting reached over 1700 people and the video over 400 so I was pretty happy with the reach and I received a number of messages and emails and one in particular stood out.

One person contacted me and said they would like to challenge the leadership behaviours I had published – in particular he asked me why I had not included authenticity.  Our conversation was so engaging I asked if it would be OK if I wrote about it and here, we are ? 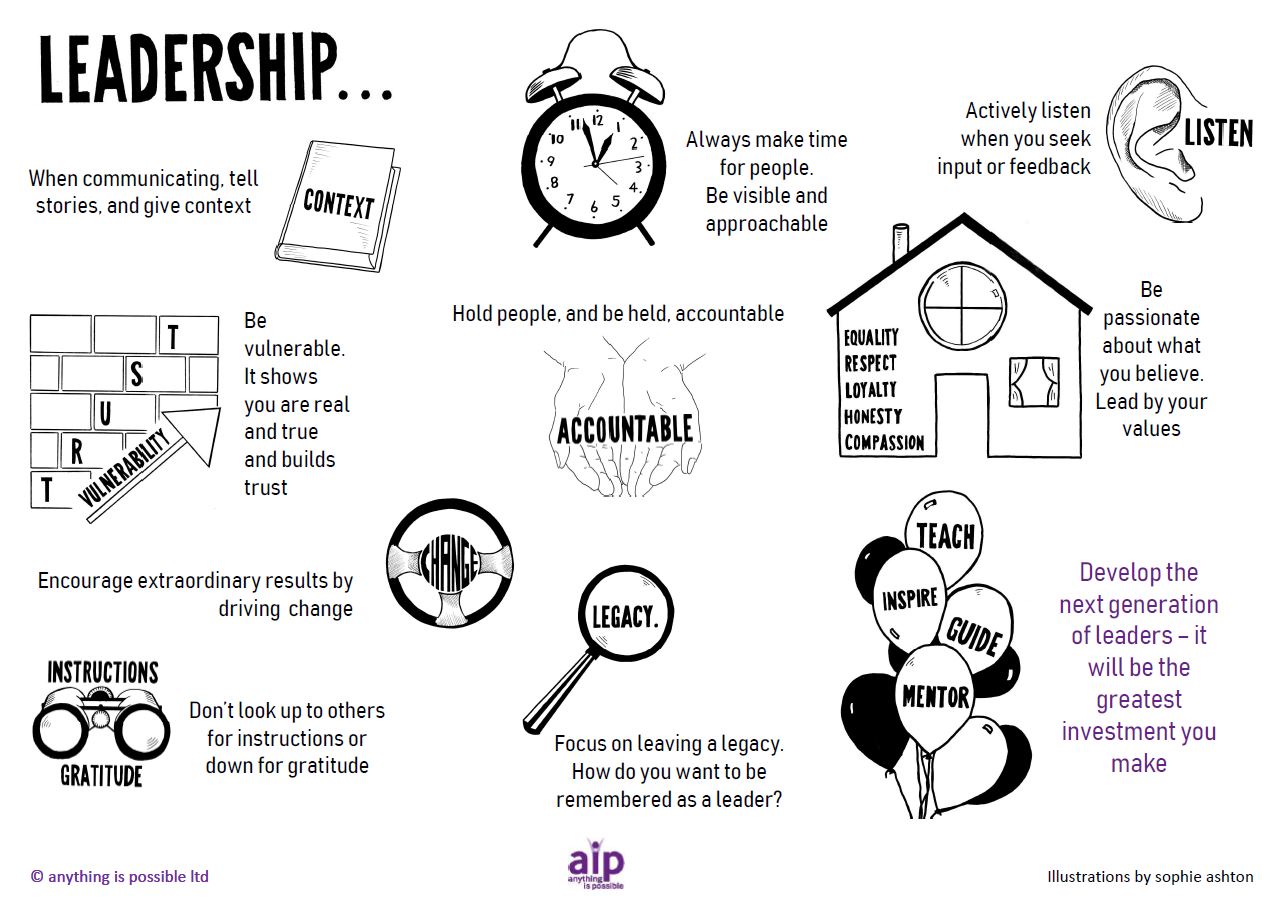 What is authentic leadership?

One thing is for sure authentic leadership it isn’t new and there are MANY definitions within business and leadership books making the best sellers list.  Most of the experts use descriptions like:  self-aware, genuine, transparent, trustworthy, compassionate, empathetic, vulnerable.  So, I explained to my contact that I wanted to break down authenticity into specific leadership qualities and as a result by striving for the 10 I highlighted you would indeed be an authentic leader.

Perhaps I missed something?

When I looked back at my top 10, I found compassion as part of my values, vulnerability and trust included and I mentioned being real and true which can indeed be seen as “genuine”.   I guess I felt that this would be translated as “authentic leadership” by my readers.  My contact felt it was so important to highlight the importance of authenticity that it should have been included in its own right.  He felt I had missed the importance of ethics and morals by its omission and that people would not appreciate that authentic leaders put the interest of organisations and others ahead of their own self-interest.

This conversation really made me appreciate that explaining the behaviours of a leader as you see them is much more complex than living the behaviours!   I agreed completely with the comments around putting others first and having an ethical core (always striving to do the right thing) and went on to explain that always making time for people, focusing on leaving a legacy and investing time to develop the next generation of leaders all needed authentic behaviours.  We then got into talking about implied and explicit statements and where my behaviours may have fell short and perhaps I should have been more descriptive in the behaviours I had chosen.   Suffice to say it was an interesting exchange of ideas and opinions ?

And doing it CONSISTENTLY

Our conversation was wonderful – we both had an eagerness to explain our own position – whilst recognizing that being authentic doesn’t mean you have to agree ?

What we did both align on is that my postings had not highlighted the need for these behaviours to be shown ALL of the time.  A leader cannot be authentic just some of the time or when things are going well. It is about showing the behaviours of an authentic leader consistently and in particular in difficult or challenging times.  Leadership is about making others better because of your presence doing that consistently regardless of who you are with and how you are feeling.

I had the opportunity to listen to great feedback and to appreciate how diversity of thinking can enhance an original thought or idea.  I was very appreciative of the time taken to not only to read my original posts but to also then want to engage further with me.    I could have started to doubt what I had published but when I looked back to my original posts and the behaviours I had included, I felt that I had described those I truly believe make the difference.  I acknowledge that authenticity is not explicit but then neither is inspiration……. now who wants to talk about inspirational leadership…….